The Search For The Master

"Joss Whedon Is My New Master" has been a popular phrase since Firefly became a cult hit. With the cancellation of "Dollhouse", however, some are questioning their loyalties, as witnessed here and here. What strikes me as odd, however, is that they're basing this on the cancellation of "Dollhouse", which ran two seasons, when their initial declaration of subservience came after "Firefly" was canceled after half a season. Granted, "Dollhouse" wasn't as good as "Firefly", but it still got damn good at times, and the last three episodes look to be a great cap to the series. Anyway, not that anyone checks here anymore, but if you have any ideas of who your new Master is, if you feel you need one, let's chat it out in the comments.
Posted by MosBen at 7:47 AM 44 comments: 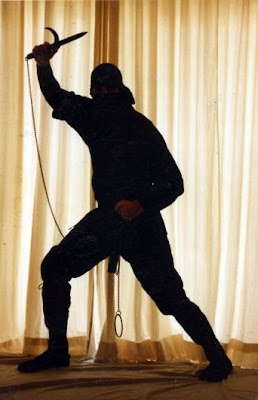 Everyone who cares about this probably already knows, but Dollhouse has officially been canceled by Fox. They're set to "burn" the remainder of the current 13 episode season by showing two episodes per week in December.

Dollhouse has been pretty divisive among Whedon fans, at least from what I gather on the Tubes. It's certainly not as funny as Firefly, and the cast didn't quite have the magic of that show either. Still, there's plenty to like there if you stuck with it past the first five episodes (which were merely decent, but certainly not bad). I think the show probably did suffer from high expectations set by Firefly. We shouldn't forget though, that Firefly only got that first half season. Would it be remembered as fondly if it got as many episodes as Dollhouse did? I'd like to think so, but it's possible that it could have dropped off a bit in quality.

Personally, I hope this ends Whedon's relationship with Fox. They shunted Buffy off to UPN for its last couple seasons. They killed Angel just when it regained a fresh take on its premise. They murdered Firefly without giving it a chance to grow, and they set Dollhouse up to fail with a terrible time slot and poor promotion. I know, maybe Whedon's shows just aren't "network shows", so maybe I shouldn't blame Fox. I just hope his next show takes him to Syfy or HBO. I'd love to see what Joss Whedon could do with a series that wasn't constantly being compared to the ratings of Everybody Loves Raymond.

I saw Stephen Colbert out-of-character a week ago, and it reminded me of this video from a few years ago. Man, he's so awesome. Link.
Posted by MosBen at 10:20 AM 11 comments:

So, last night was a pretty disappointing night for Democrats. Two Governorships gone and marriage equality lost in Maine. Still, we picked up NY-23 and Washington State approved equal rights (but not "marriage") for gay couples.

The worst part for me is that now I have to put up with months of conservatives on TV and in person talking about how this reflects a general shift in national politics and we probably shouldn't pass healthcare reform now. Nonsense. I'm skeptical of reading too much into single election years even if they have several races, so I'm certainly not going to make too much of this one.

And ultimately, the Republicans will eventually win back Congress and the White House, and they may even do it at the same time. No party will ever have an unending majority, and it's not because Americans are constantly re-evaluating whether they want healthcare reform or not. It's because there are years with high turn outs and years with low turn outs. Years when the under-30 vote comes and years when they don't. It's because the economy goes up and it goes down and when it goes down incumbents are likely to lose, even though there's little if anything elected officials can do to stop the cyclical nature of the markets (note: I'm not saying economic policy is meaningless here). And of course, there's a strong tendency to "give the other guys a shot" every once in a while.

And then, of course, you have to realize that in any individual election there are local concerns that probably trump national politics. Corzine was not liked. Hell, I've never liked him, and that was before he ran an anti-fat guy campaign. So look, I love politics and I'm always game for chatting about what's going on, but politicos have to realize that, like any obsession, it's easy to take your thinking too far.
Posted by MosBen at 7:56 AM 10 comments:

Ok, the Phillies are in the World Series on Monday, so I'm not going to be around for Video Game Night this week. People that don't care about the World Series should feel free to show up and make their own game night fun, and I'll put a quick poll up in case people want to vote beforehand.
Posted by MosBen at 9:21 PM 8 comments:

Here's another example of how EVE seems both bizarre, awesome, and totally different from what's going on in other massive games. Still, it also seems like you have to be pretty dedicated to get anywhere.
Posted by MosBen at 7:13 AM 10 comments:

This last week's Dollhouse was so God damn good.
Posted by MosBen at 10:19 PM 8 comments:

I swear to God, I could watch this man do anything and be completely fascinated. My mind just numbs over, like when I used to watch "Mr. Rogers' Neighborhood." Link.

Update: So, the site that has the Walken video is like a You Tube of cooking videos, and there are several celebrity videos, including Ron Jeremy making an omelette. Link.
Posted by MosBen at 9:11 PM 7 comments:
Older Posts Home
Subscribe to: Posts (Atom)