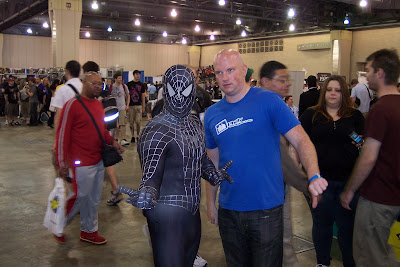 Ed does not approve of alien suit Spidey! Well, maybe it's "Black Cat made me a black suit" Spidey, who appeared after he ditched the symbiote but his superhero girlfriend liked him in black. That seems way more lame than "I got this black alien symbiotic suit on an alien world called Battleworld."
Posted by MosBen at 8:34 PM