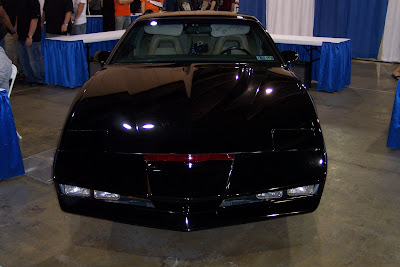 Here's K.I.T.T., though they didn't have the Mr. Feeny voice on.

And for those that don't know, K.I.T.T. stands for Knight Industries Two-Thousand. Yup, like Batman, Michael Knight has a multi-national company behind him. Why does he drive around in a car? Because the company has an officially funded and supported vigilante division. I guess that's better than Wal-Mart, but it's still pretty crazy.
Posted by MosBen at 10:20 PM